IMF Global Debate on the Economy 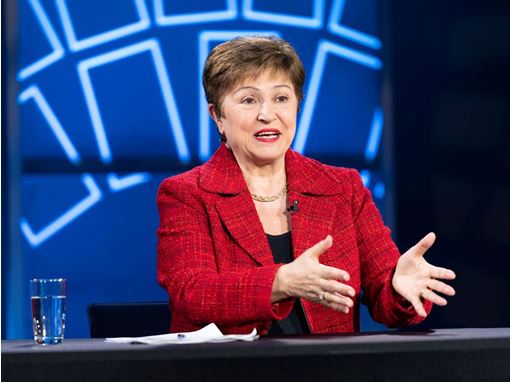 The global economy may be recovering, but there are significant challenges and it is not time to ease up on support, several key policy-makers said at the Spring Meetings of the IMF in Washington, DC Thursday (April 8).

“The recovery, though, here remains uneven and incomplete. The burden is still falling, falling on lower income workers. The unemployment rate in the bottom quartile is still 20 percent. They're still eight and a half million people out of work. And this this unevenness that we're that we're talking about is a very serious issue,” he said.

Powell said that the US has a responsibility to help the rest of the world access vaccines to Covid-19, and that would help America’s economy.

“Viruses are no respecters of borders. And until the world really is vaccinated, we're all going to be at risk of of new mutations and we won't be able to really resume activity with confidence all around the world. So it's not only the right thing to do, it's also the smart thing to do,” said Powell.

He also warned that although vaccinations are rising in the US, now is not the time for the public to ease up on precautions against infection.

“Cases are moving back up here. And so I would just urge that that people do get vaccinated and continue social distancing. We don't we don't want to get another outbreak. Even if it might have less economic damage and kill fewer people, it'll slow down the recovery,” Powell warned.

IMF Managing Director Kristalina Georgieva answered a question on whether the US and others should begin to ease up on emergency support for their economies.

“We have 16 trillion dollars of fiscal measures and the equivalent of 10 trillion dollars in what central banks have done as accommodative policy and support to the economy. That has helped. And it should be continued until we have a durable exit from the health crisis,” said Georgieva.

“Why? Because premature withdrawal of support can cut the recovery short. And that would mean all the benefits we have built, putting a floor of the economy to be potentially lost,” she urged.

Eurogoup President Paschal Donohoe said that despite a slow roll-out of vaccine programs in Europe, he was confident of economic recovery underway.

“As we move through this year and into next year, you will see Europe move ahead and you will see our recovery gather pace. And as we are doing that, then we have to be very conscious, which we are, of the global responsibilities that have been touched on by the other speakers in the panel and how Europe can continue to contribute to those responsibilities,” said Donohoe.

Both Georgieva and WTO Director General Ngozi Okonjo-Iweala pointed to trade as a way to keep inflation under control.

“So how ships move, how containers move, this is going to impact on what happens to inflation differentially in the different parts of the of the world. So hopefully, as we are projecting that trade is going to rebound this year, we hope that this kind of movement will make sure that supply chains perform the function in terms of making sure goods that are supplied all around the world for production share power,” said the head of the World Trade Organization.

A full version of this show may be seen at: here